Once in a while, I like to try a nice vegetarian dish. To be honest here, I usually like so much eating meat that the vegetarian dish I cook must be super tasty so that it makes me forget about the absence of meat. On-on, spices! To mark a difference with my habits, I’ve decided to make a dish full of spices that will not be hot, but only very flavorsome. Also, I usually very often cook Indian or Far-East Asian dishes, but rarely go for dishes from other areas in Asia like the Caucasus for instance, so for my Asian World Food Challenge, I’ve chosen Iran. Please admit it’s uncommon, right?! 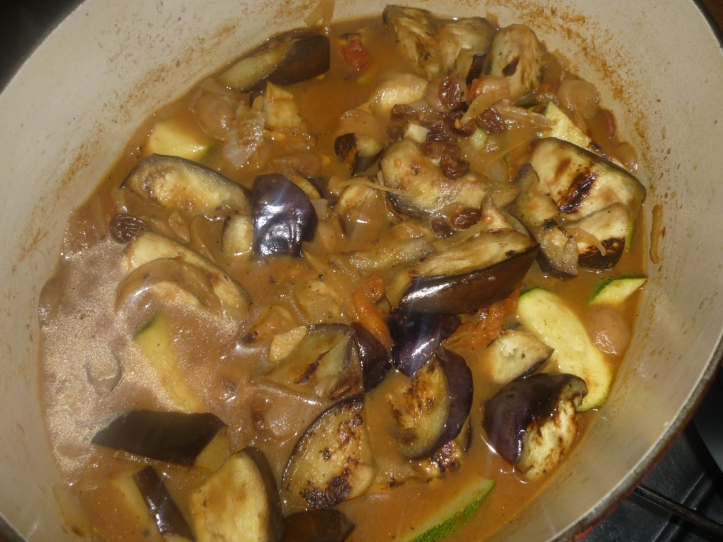 Persian cuisine is known worldwide for the richness and variety of its spices. Iran has long been a major actor in the commerce of spices, with Europe as well as with part of the horn of Africa. Through writing one of my previous posts, I had found out that Tanzania’s cuisine is a lot using combinations of spices that originally came from Iran, but we barely know about it.

Today’s dish is called Khoresh Bademjan in Farsi. Khoresh means stew, and bademjan means eggplant. In Iran, it is quite usual to serve juicy dishes and stews over rice, so a plethora of recipes are available online for us, food lovers, to try. The original recipe of Khoresh Bademjan uses sour grapes, but new modern recipes are going simpler by using raisins that are way easier to find (which is my case too). Also, the Persians commonly use rose water, which I obviously don’t have on hand, therefore I’ve re-invented my own way of getting at least the aromas of the rose flower by infusing a rose teabag instead. That was interesting an experience! And finally, what is to be notified as the most important ingredient that is used in Iran is Saffron. Here, the saffron is even left at rest in the rose water itself, to develop its aroma before it is added to the Khoresh Bademjan.

I’ve decided to add here a short recipe for the side dish that is commonly served with this eggplant and tomato based stew. It is a sort of fried rice called Baghali Polo, as it is fried till it partly turns golden, and is combined with Saffron (again, but this time it is added just before serving), fava beans, and green dill. Deliciously perfumed!

I hope this cooking trip to the Caucasus is making you feel all the nice and special flavors of the Middle-Eastern cuisine!

For the Khoresh Bademjan

For the Baghali Polo

Created and Written by Sophie Rebibo-Halimi, © 2016 All Rights Reserved. 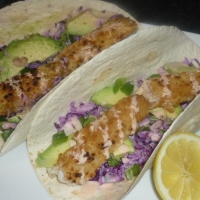 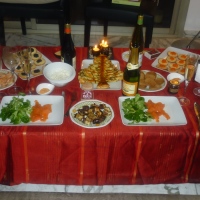 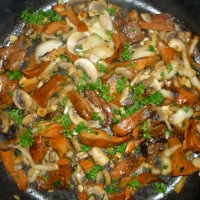 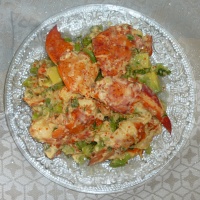 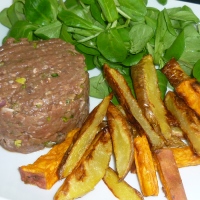 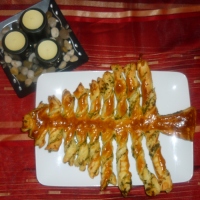